In the power vertical, MEIL has electrified more than 250 villages in Karnataka, 800 villages in Telangana, and is supplying power to more than 2 lakh households in Madhya Pradesh. MEIL is also executing major works in the states of Uttar Pradesh, Jharkhand, etc. The company has also built photo-voltaic and concentrated solar power plants in the states of Maharashtra and Andhra Pradesh respectively.
All the works awarded to MEIL in the power sector are based on its own Pre-Qualification Criteria (PQR). Almost until 2009-10, the company did not have PQR in even the 11 kV segment. However, due to our project execution efficiencies, we have executed complex works in even the 765 kV segment. 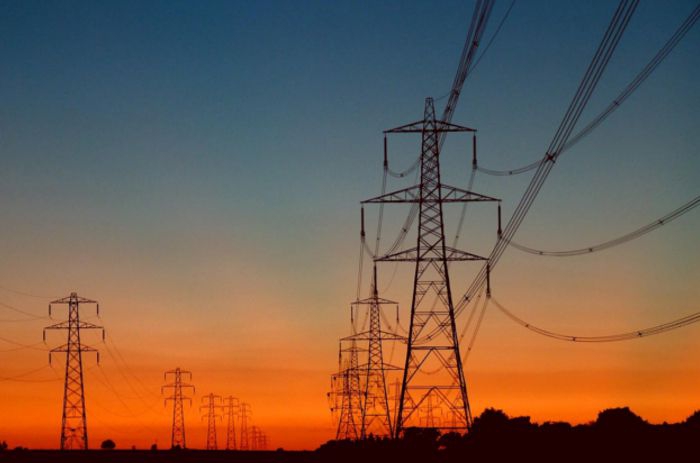 MEIL Green Power Ltd., a subsidiary of MEIL, has successfully executed and delivered the state-of-the-art 50 MW Solar Thermal Plant at Anantapur in Andhra Pradesh on Build-Own-Operate basis using Concentrated Solar Power (CSP) on a parabolic trough system. This is one of the first and pioneering solar thermal power plants under the National Solar Mission Phase-I aimed at generating large-scale Solar Renewable Energy.
The project was completed by adhering to the highest quality standards and with the development of a green belt. As a renewable energy project, the plant will contribute to a significant reduction in carbon emissions.
The commercial operations of the plant commenced from 4th November 2014. This is second such plant in India to be successfully commissioned. 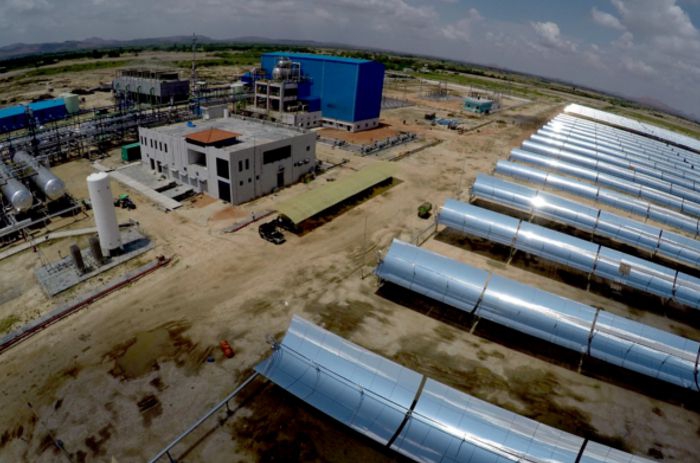 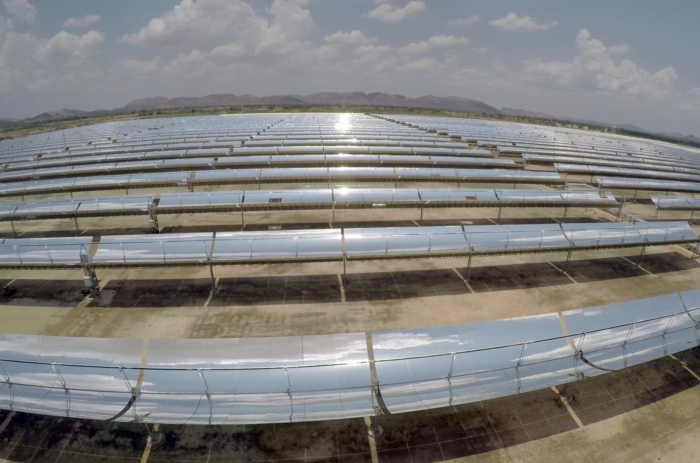 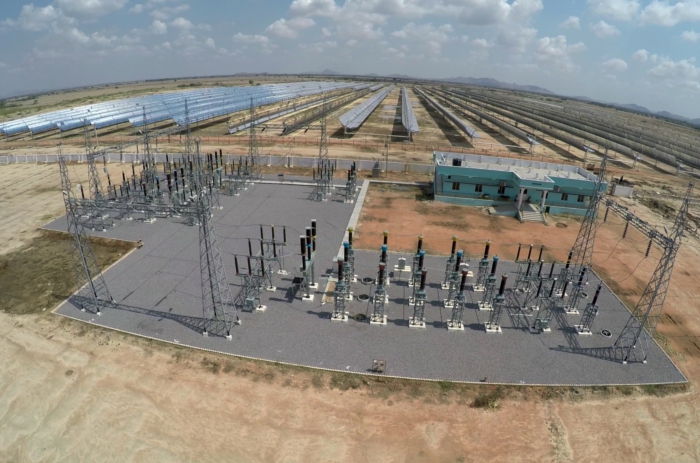 The project was completed in record time by starting in November, 2012 and completing it on 31st March 2013 and marks a milestone in MEIL’s strengths in the area of renewable energy.
This is a signature project for MEIL that involves 4 lakh solar modules, 6000 MTs of structural erection, 80000 foundations, 96 inverters, 120 LT/HT panels, over 2000 km. of cabling, over a million interconnections, on 420 acres of undulating and rocky terrain. 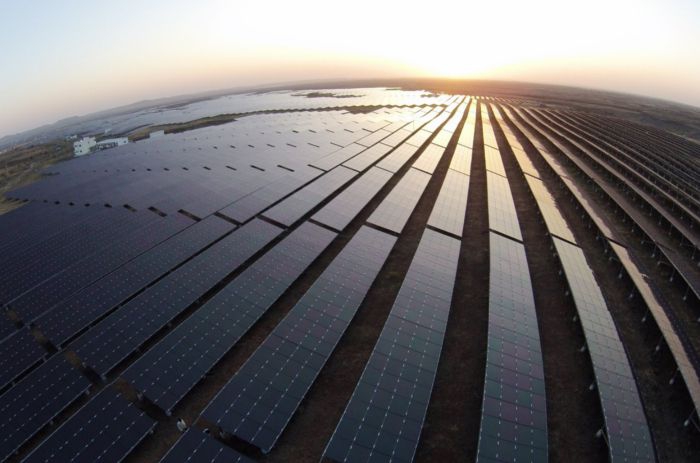 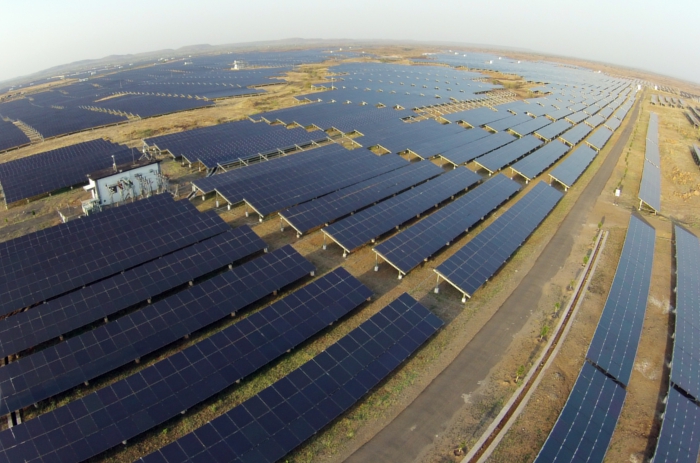 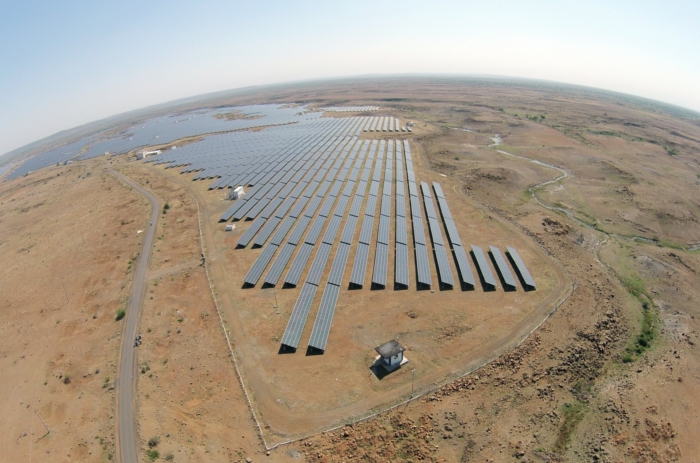 This project is one of the first of its kind in the world that aims to produce green energy through its strategic canal-top location. Such a location would save costs relating to land acquisition. The plant will also save millions of liters of water from getting evaporated. Because of its multiple advantages, the project is looked upon as a model plant by other state governments.
MEIL, in the role of an EPC contractor, was entrusted with the execution of the 10 MW solar project. The execution of the project required specific design and construction methodology due to the restricted construction space that runs for a long span of the length of the canal. The plant is built using Solar Photovoltaic Crystalline Technology with around 33800 solar panels. The plant was connected to the grid on 21st November 2014 and the plant was successfully commissioned on 24th November 2014 – within 3 days of grid connectivity. UN Secretary General Mr. Ban Ki-Moon inaugurated the solar plant at Vadodara on 11th Jan 2015.
Global Consultancy Company KPMG listed the Narmada Canal-top Solar Project in its Economic Power Projects Report which listed out the world’s top 100 innovative infrastructure projects. The project is one of the six projects selected by KPMG from India. 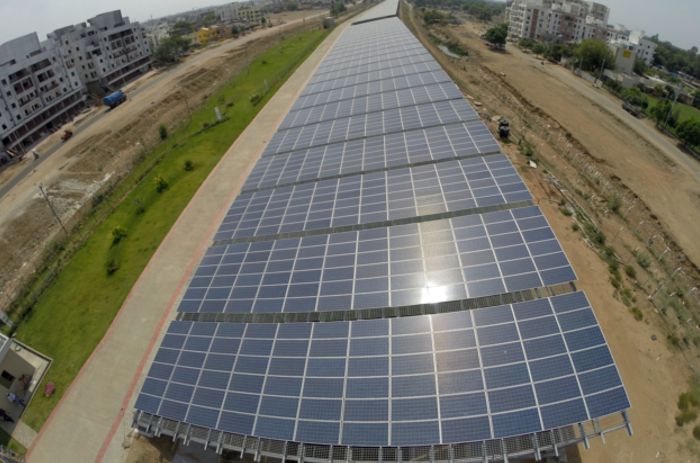 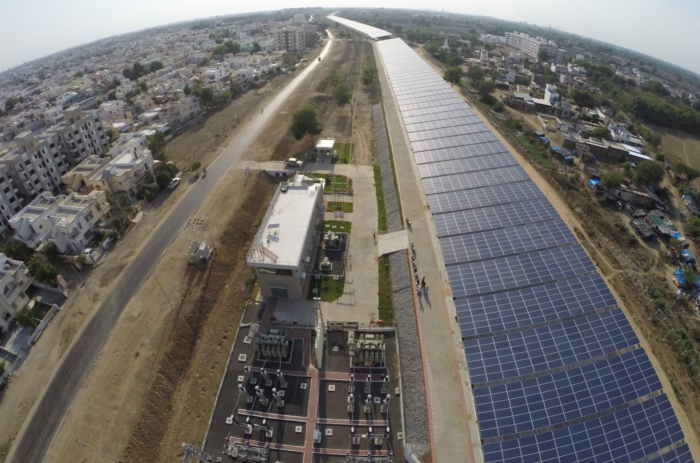 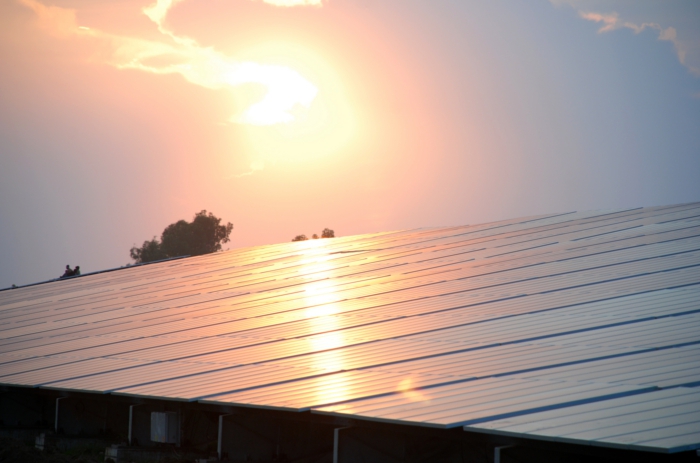 Phase-I of the proposed project will consist of one (1) no. of Steam Turbine, Generator (STG) set of 150 MW and one (1) no. of Pulverized Coal Fired Steam Generator and associated balance of plant. The Project Site is located near Nannilam taluk Village, Nagapattinam District, Tamil Nadu.

MEIL has also executed the laying of the biggest & longest MS pipe (in India) in sea for 1.5 km., with a diameter of 1.8 meters, for the purpose of sea water outfall discharge for APGENCO’s 1x800 MW Krishnapatanam Thermal Power Project. 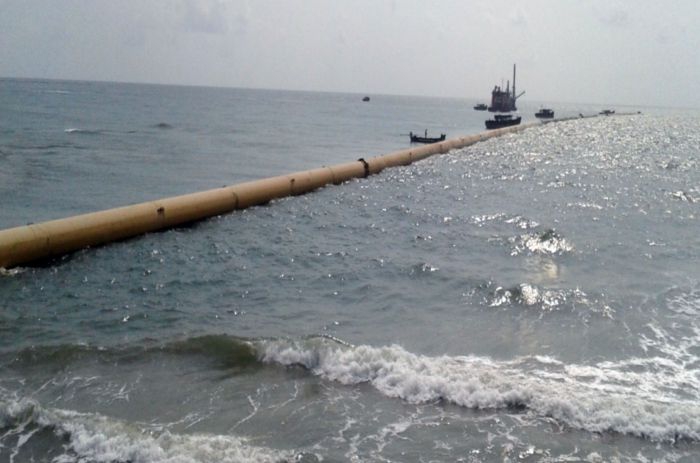 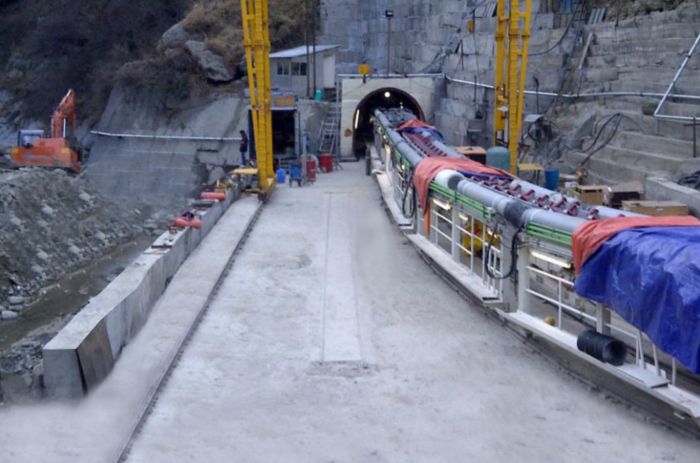 The scope of this BOOT project involves the construction of 7 substations (AIS & GIS) and laying of 1116 ckt. Km. of 765 kV and 400 kV transmission lines. WUPPTCL project is the biggest of its kind in India that is being executed by MEIL. Keeping in view the complexities involved in the execution phase, the management was wary of the fact that even minor delays could lead to heavy penalties. Therefore, vital aspects like engineering, system design & equipment parameter selection were closely monitored to ensure timely execution of the project. For the convenience of project management and execution, the project was divided into three lots.

This is the first instance in a project where more than 3 stations will be controlled from a single point. The project team has been dealing with more than 50,000 farmers/land owners for construction of this BOOT Project. On the strength of the completion of this project, MEIL will become one of India’s prime transmission line contractor. 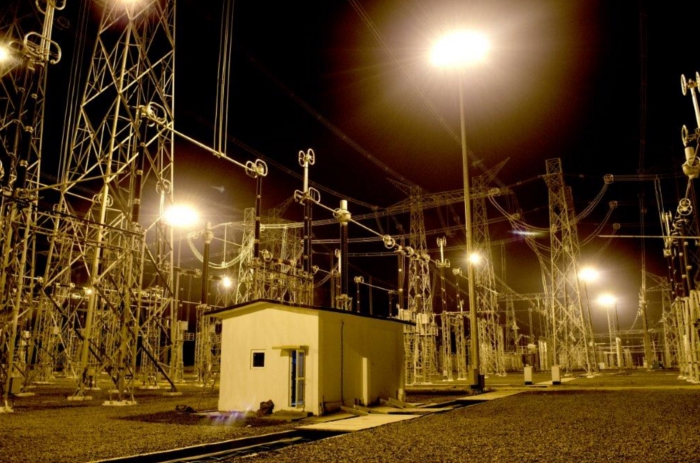 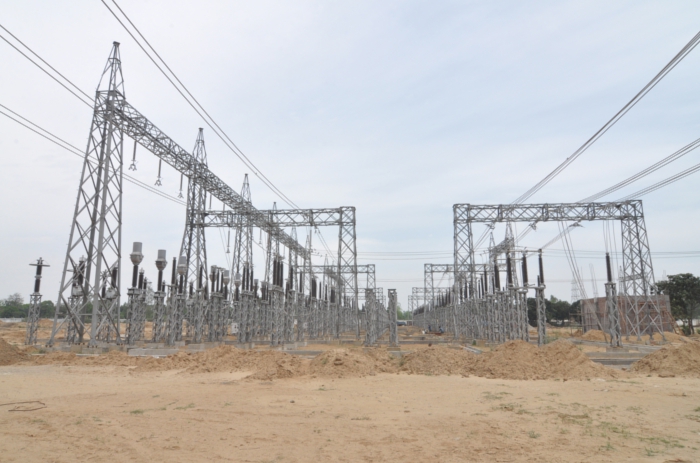 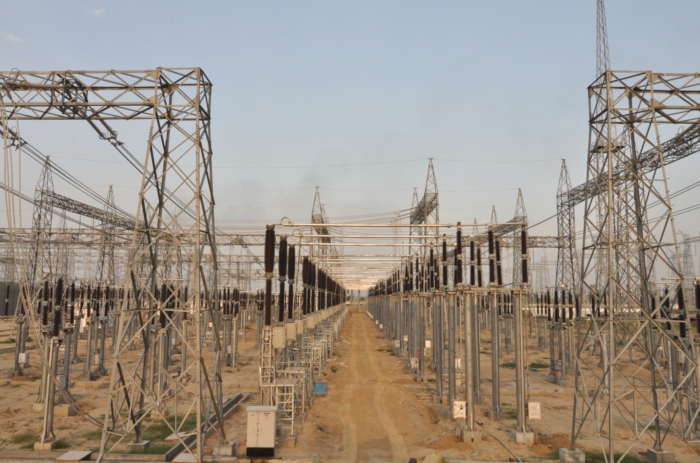 MEIL commissioned the 400 kV Transmission Line of 105 Km. & 400 kV/132 kV substation switchyard in Shankerpalli on which we have also collected handover certificates. With regards to the overall time of execution, we have created history for the client APTRANSCO. 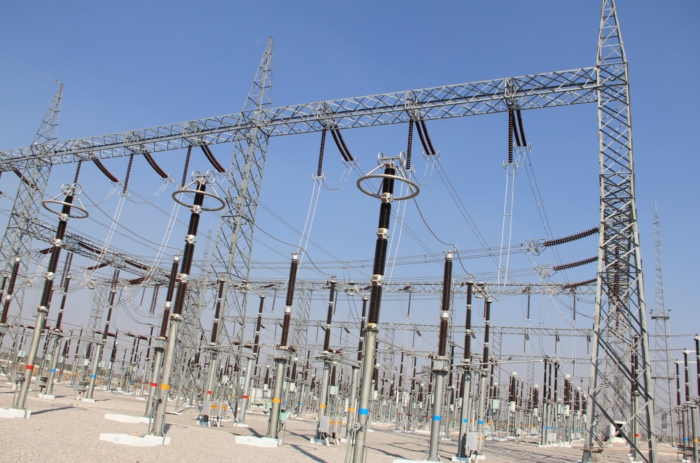 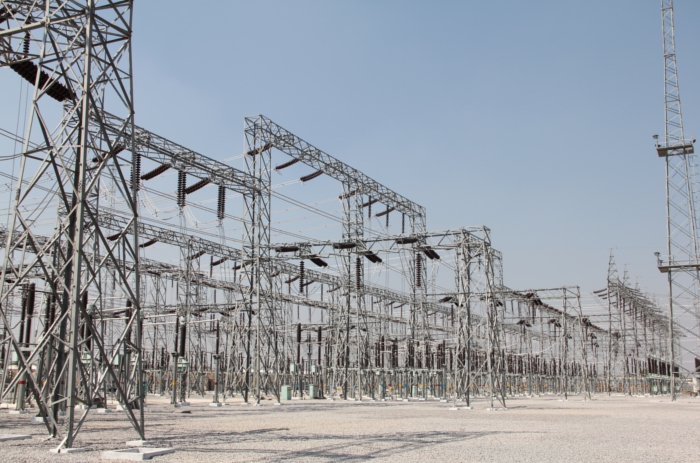 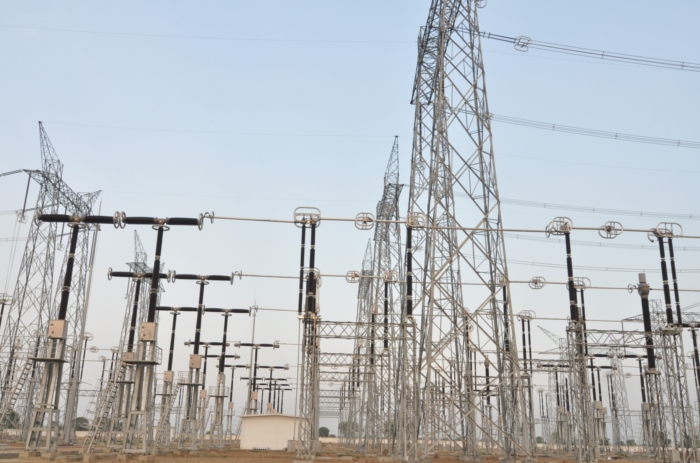 The project was commissioned in March 2014. The scope of work involves laying of more than 45 km. of transmission lines and will electrify about 150 villages in Karnataka.

Lots 20, 21, 22 & 23 of the project, executed by MEIL, was inaugurated by the Honourable Chief Minister of Madhya Pradesh. Through this project we cover 12 districts in the state with an aim to provide 24-hour power supply to domestic households & 10-hour supply to agricultural consumers.

The project, commissioned in 2013-14, involves works for a total of 4 nos. of 400 kV bay extensions (2 each in Chittoor and Nellore) on turnkey basis. Once operations begin, the project will cater to the power needs of almost 350 villages in Andhra Pradesh.